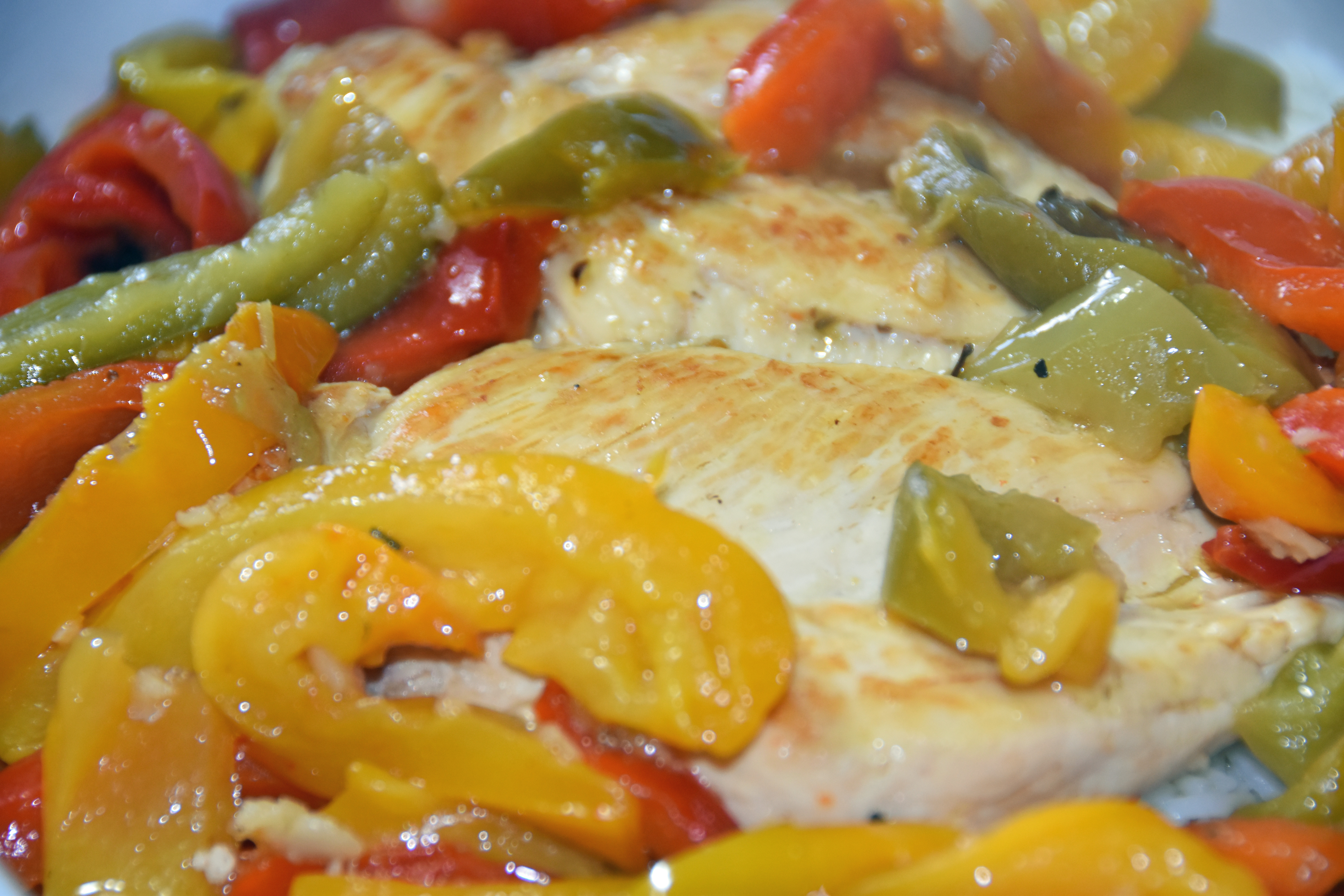 The other week we drove to Maury to buy some wine. We had been seeing friends at Cubières-sur-Cinoble, and drove through the Gorges de Galamus, and arrived in Maury just as the shops closed.

So we decided to have lunch and found La Placette with a big terrace. There my wife had a starter that included finely sliced peppers; we were in the Catalan area of France. I had “lomo” which is called “filet mignon de porc” in other areas in the country.

I decided to make them at home as the recipe is rather simple. You put peppers 25 minutes in the oven, microwave or against a flame, so that you can peel the outer skin. Then you slice them and put them in a marinade of olive oil, dried herbs and garlic. You let it stand for at least one day, for instance in the fridge.

Here I used it to accompany a breast of chicken with  rice.