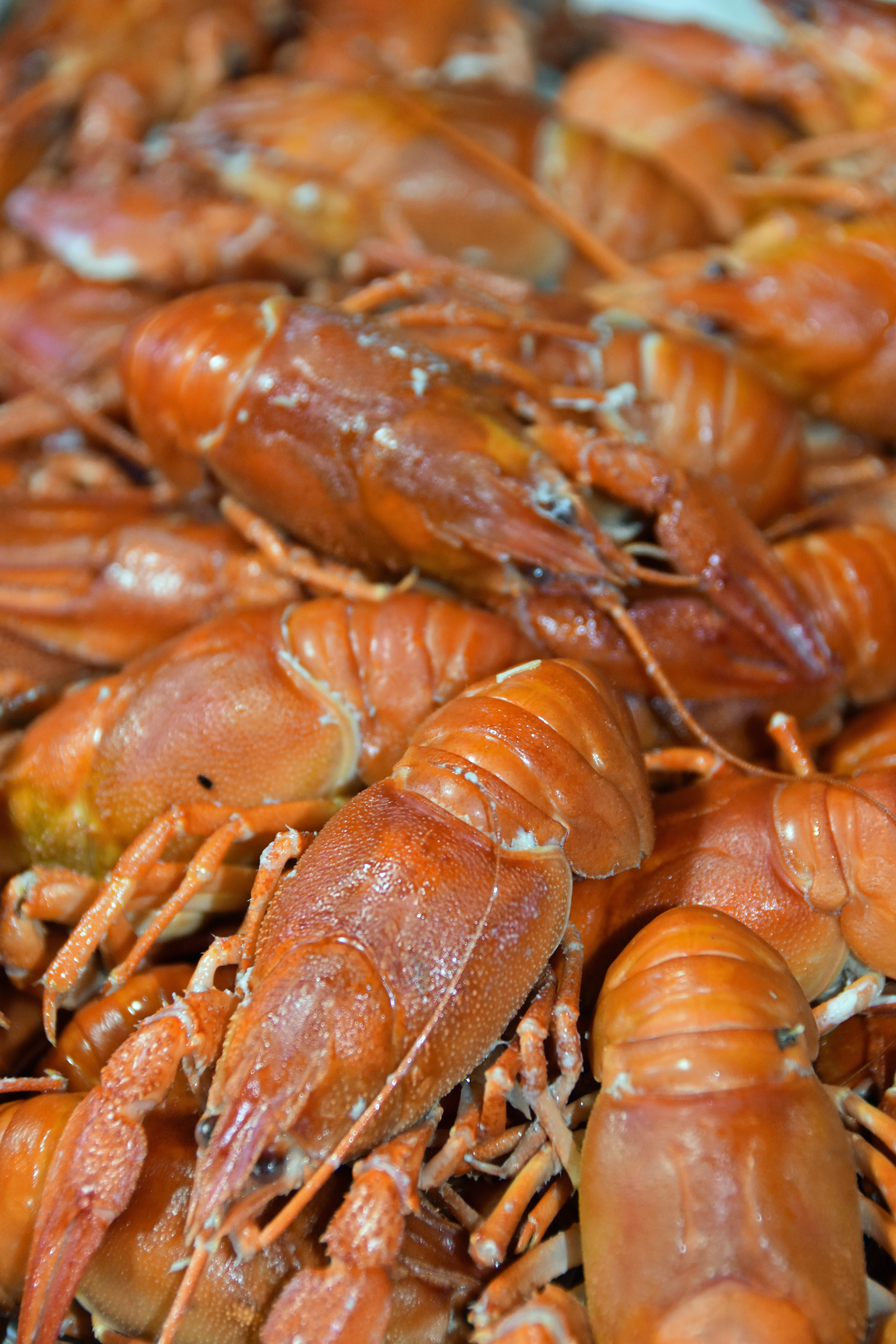 One of the sweetest gastronomic memories I have is from a holiday in the lower French Alps where we camped near a lake and had an evening meal at a local, and modest, restaurant.
I spotted crawfish on the menu and ordered it. Either because I looked hungry, or because I had mentioned that it was my birthday or because the cook wanted to get rid of his stock, I got a big platter full of the cooked animals to eat with a garlicky mayonnaise.
Later, when we lived in Paris, some fishmongers stocked crawfish from Turkey. They were still alive but had weakened a lot during transport.
In France, there was an abundance of crawfish with the “red legs” in the northeast and the “white legs” here in the southwest. Many older French cookery books insist on the use of red legs as their taste is supposed to be the most delicate and the animals are bigger than the others.
But due to the use of chemicals in agriculture, canalisation of rivers and other pollution, the stock of local crawfish has diminished. Another European species, the grey leg, was imported from Greece and Turkey and proliferates in French waters.
They were attacked by invasive American species, who brought illnesses, transported to Europe in one way or another as they certainly did not swim the ocean.
Nowadays the catch of the red and white crawfish is heavily regulated. Grey legs are easier to get, if you know where.
In France you can order crawfish online and then you get delivery a few days later of a few animals held in a foam parcel. I found a fishing lake near Tarascon sur Ariège where they can be caught and bought during the season.
So, this time around my birthday, with my parents visiting, I ordered a few kilos from the Russian-born fishing lake keeper and collected them by car in the afternoon before our dinner. It is never nice to kill a live animal for dinner but that is part of human nature.
So that afternoon I first made a few litres of stock made with white wine, carrot, onion, celery stick, coriander seeds, pepper corns, bay leaf and cloves. I let that cook for about an hour.
Then I cleaned the crawfish one by one and removed their intestinal gland by twisting and pulling the middle tail fin. In bunches of five I cooked them for 10 minutes before scooping the batches out and adding a new one.
We ate the crawfish lukewarm with cup of the filtered and reduced stock. With garlic mayonnaise and bread.