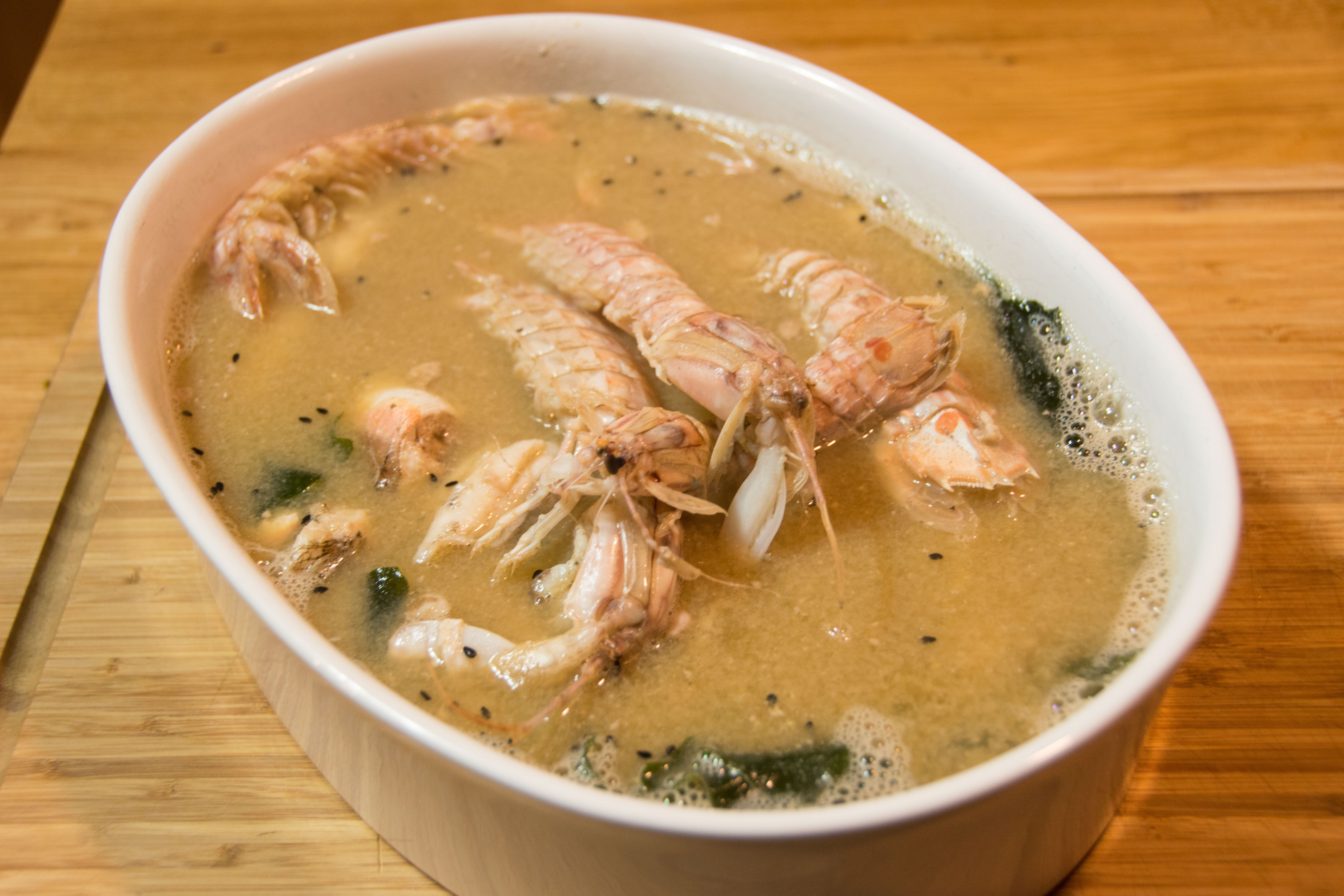 After the calories-rich festive season, even if I tried to keep myself in check, I planned some light meals to please the scales. Checking the fish isles at the super market here there was a crate of fresh rock fish including squat lobster – cigales de mer in French – from the Mediterranean.
I immediately bought a kilo of various fish and crustaceans. At home, I turned it into a kind of “pot au feu” soup with a bonito/dashi base and miso paste. It was very nice, even though I had forgotten about my earlier plan to add some Mirin to it.

First, I washed the fish and then cut off the heads and tails.
I brought two litres of water to the boil and added a sliced carrot and a shallot, plus bay leaf, pepper corns, salt and a dried stem of fennel. Then I added the fish heads and tails, some grated bonito and dashi powder and let it cook for half an hour.
I strained the stock, washed the pan, put the stock back and poached the fish in the stock.
After some 10 minutes I removed the fish and added the squat lobster, let that cook for 15 minutes and also took it out and set it aside in a warm place.
I strained the stock again, put it back in a rinsed pan and added two spoons of miso paste and one table spoon of dried seaweed and whisked it together.
I could have filleted the fish bits, but it was getting late and we were hungry, so I just added the fish and cigales, added some black sesame seed and served.
The taste was out of this world, but the fish was full of bones…
In a rich version, I could have made the stock of the entire batch of small fish and then serve some other bigger fish parts in it as in a French bouillabaisse. 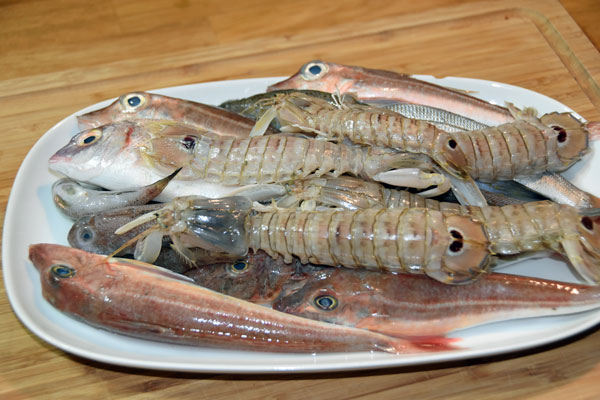