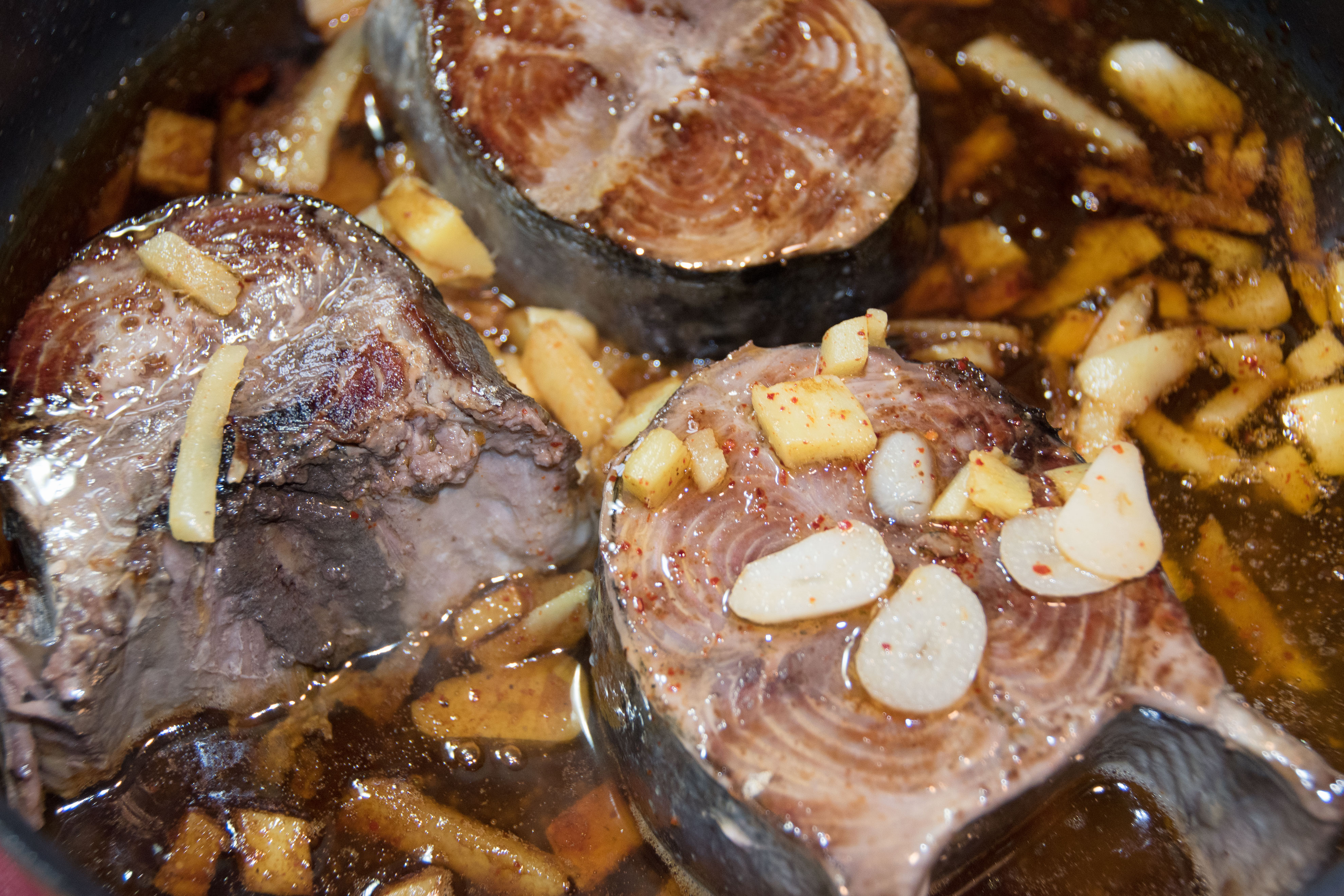 At the fishmongers there was a “Melva”, a sturdy fish that looked like tuna but much smaller. I never saw one before. It is also called “false Bonito” as it is the same family as the Bonito but it bleeds more and has a more pronounced flavour.

I took it and ended up with a good two kilos of fish. I kept the head and first slice, with many bones, apart to freeze for later use in a soup base. Then I cut some slices and I filleted the tail, again for a later usage.

I chopped several cloves of garlic and two-centimetres of fresh garlic.

I pan fried the fish in a little olive oil and kept the lid on the pan against projections. I turned it over several times and cooked for 15 minutes, then added the garlic and ginger and cooked for some more minutes without the lid.

Finally, I added some soy sauce.

I spooned the fish out of the pan and  reduced the remaining liquid to use as a sauce.

I served it with rice and a beet salad. 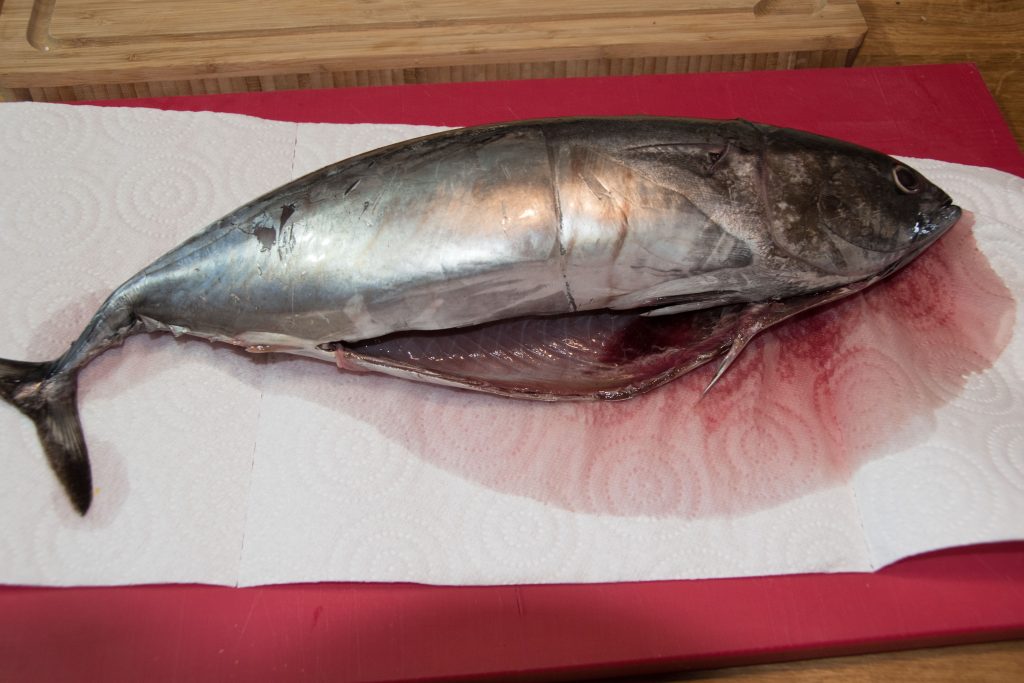